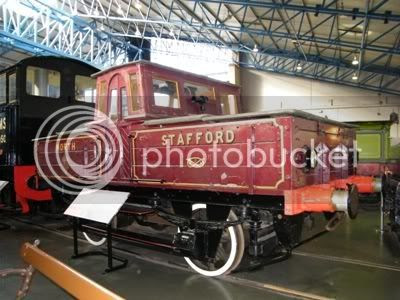 This unusual small locomotive was built for the North Staffordshire Railway in 1917. Fitted with batteries supplying electricity to the electric motors, it could run for six hours between charges, and was used for shunting wagons at a factory that produced electrical components and a nearby railway station for forty six years. It is now in it's original paint scheme in the National Railway Museum, York 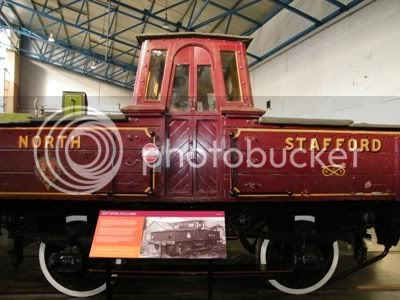