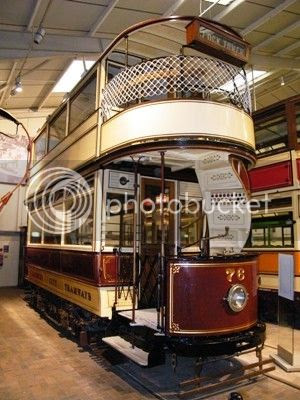 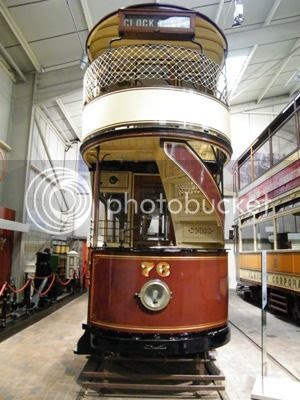 Leicester upgraded their Tramway system in 1904 from horse-drawn trams to electric trams in 1904, buying them from Dick Kerr in Preston, a very popular manufacturer of electric trams. When built, Tram 76, like all of the electric Leicester trams introduced in 1904, were double deck with an open top. Although this was great in good weather and very popular, in bad weather, and especially in winter, they were unpopular and resulted in lack of passengers, so from 1913 onwards top deck covers were introduced to the fleet, as seen on Leicester tram 76 as preserved here. This was a similar development to the tramway fleet in all cities which originally bought open top trams. In the 1930's, the Leicester trams were further modified by enclosing the open platforms at both ends, and enclosing the open verandahs on the top deck. 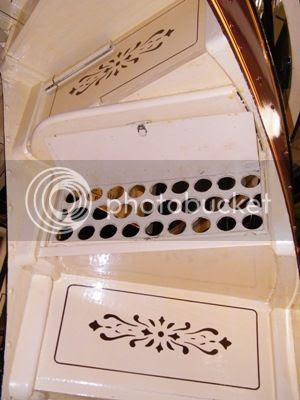 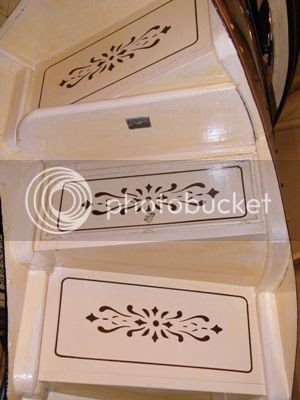 One interesting feature of Leicester 76 is the reversed stairs, which had the disadvantage of blocking the view over the driver's left shoulder. To partially solve this, one step was perforated to give a better view - but this had the problem of showing ladies ankles when in use to gain access to and from the top deck, which would be at the conductor's end (although the trams work both ways, only one set of stairs would be used at a time, the set at the rear where the conductor would stand). To solve this problem, a simple 'decency flap' was incorporated - lowered when the driver was in that end of the tram, and closed shut when those stairs were used. If the decency flap was found to be down when it should have been shut, the conductor could be seriously fined to avoid them opening it. Tram 76 is seen preserved at the Crich Tramway Museum, Derbyshire 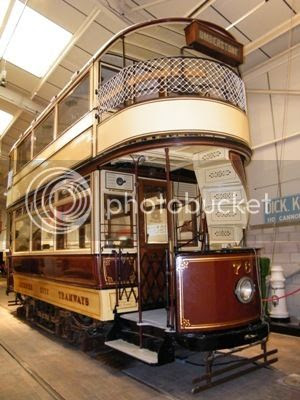 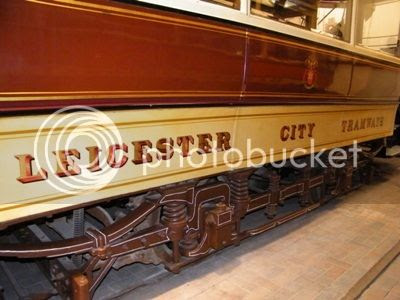