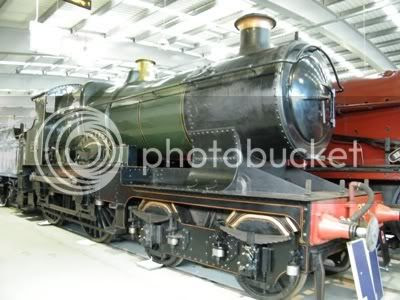 Built as number 3440 in 1903 at the Great Western Railway's Swindon Works, 'City of Truro' was one of a batch of ten 'City' class express passenger locomotives. On May 9 1904, whilst hauling the 'Ocean Mails' special from Plymouth to London Paddington, 'City of Truro' was timed at 8.8 seconds between two quarter-mile posts along the railway. This corresponds to a time of 102.3mph, making 'City of Truro' the first steam locomotive to travel at 100mph. For the GWR'S safety record, the speed record was kept quiet at first, only the overall time of the run from Plymouth to London was given, however two Plymouth newspapers somehow found out and published the news, saying the train had reached a speed of between 99 and 100 mph, based on the stopwatch timings of a postal worker on the train using his own stopwatch. 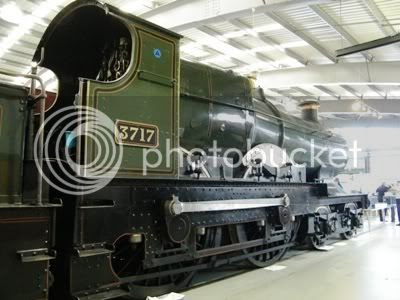 Although the record was made public, and admitted by the timekeeper in 1905 (but he kept the railway company and locomotive secret, but did admit it was 'City of Truro' in 1908), it wasn't made official by the Great Western Railway until 1922, and from then onwards this famous feat was a well used piece of publicity by the GWR. When the record was set, neither car nor aeroplane (not surprising bearing in mind the official first controlled powered heavier than air flight was made seven months after City of Truro's run) had reached that speed, so City of Truro was the first man made object to travel at 100mph under it's own power.

Owing to it's place in history, 'City of Truro' was preserved, and although it spent the vast majority of it's life in preservation in the colours it wore during the 100mph run including gold lining and red frames, in 2010 'City of Truro' was repainted into the livery it wore from 1912 onwards, which in it's current condition 'City of Truro' most closely resembles, with black frames, and it is in it's 1912 condition that it is seen in these images
Posted by Richard Hannay at 09:18