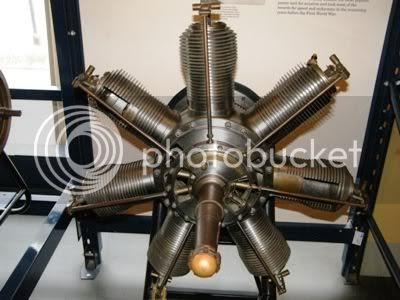 The 50hp Gnome rotary was first shown at the Paris automobile salon in 1908 but gained it's real launch at the Reims meeting of 1909 when Henri Farman used it to win the prize for the greatest distance flown (180km), setting a world record. The Gnome became the favourite powerplant for competitive flyers and was used to set records for speed, height and distance. 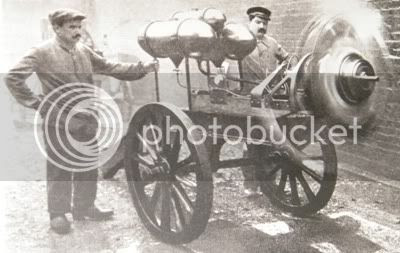 The rotary motion of the cylinders improved cooling and allowed them to be made extremely thin and light. The photograph shows a 50hp Gnome being tested on the ground, mounted on an old artillery carriage
Posted by Richard Hannay at 08:42