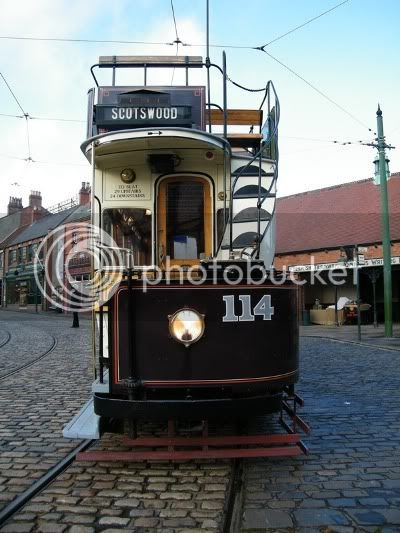 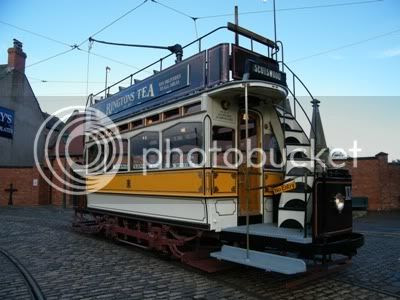 Entering service again in Summer 2011 after a mid-preservation going over and repaint, Newcastle Tram number 114 is a wonderful example of an early electric tram restored into original condition. 114 was one of 20 trams built in a batch to the A class design by Hurst Nelson in Motherwell, Scotland, with a short canopy over each end and an open top deck. Between 1905 and 1907 they were all modified with full length canopies and covered top decks. They were further rebuilt in the 1930's to keep them in good condition. By the Second World War, 114 and other Trams in the same class were in storage when Sheffield needed trams to replace ones destroyed or damaged in the blitz. They were delivered to Sheffield in late 1941 and further modified, which included fully enclosing them, making it look very different from when it was built. It was brought out of service in 1950 and was sent to a scrapyard in 1951. Like many other Trams which have survived to be preserved, the lower deck was sold, and in 114's case was used on a farm with five others, for storage or to house animals. After being discovered and identified by Tram enthusiasts, it was rescued by Tyne and Wear Museums, and eventually transferred to Beamish in 1987. It's restoration was completed in 1996, and is the only open top tram with short canopies surviving. In 2010, it was taken out of service for a spruce up to keep it in good condition. The time was taken to repaint it, and a lot of painstaking research was undertaken to discover what would be an accurate livery for 114. The result is fantastic, and there is a very good article by the Beamish Curator of Transport here http://www.beamish.org.uk/downloads/Newcastle114article.pdf 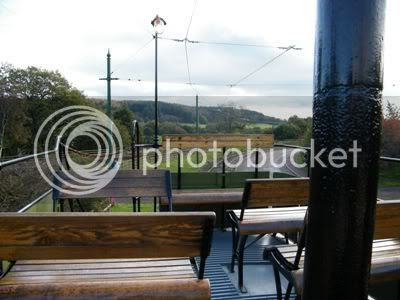