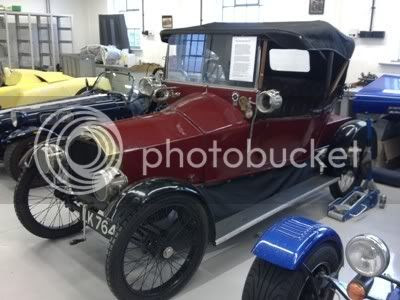 As the name implies, the Humberette was a small car produced by Humber, a well known British car manufacturer. The first Humberettes were built from 1903-1905 and were small, two seaters, the name being a contraction of 'Humber' and 'Voiturette' (the French term for small motor car), and were built in large numbers. A Humberette stars in the film 'The ? Motorist' (1906), featured in my previous post - . They were later produced from 1914 to 1915, however due to the Great War production stopped. The 1914-15 model looked vastly different from the earlier Humberette and looked very modern for its time. This example, based in Essex, was made in 1915
Posted by Richard Hannay at 19:06