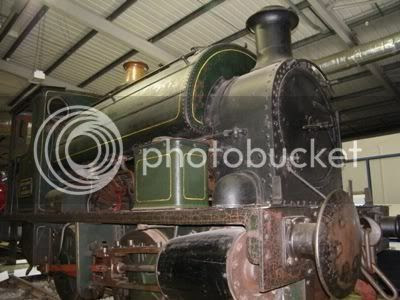 This is a typical industrial steam locomotive of the Edwardian, built in their thousands and used at relatively small railways such as at coal mines, quarries, large factory sites, dockyards and construction sites, often on relatively poorly constructed tracks, and not as glamorous as the large express engines used by the main railway companies. Usually built with four or six wheels, and usually as tank engines with the water held in a 'saddle tank' straddling the boiler, similar looking locomotives were made from the 19th century up until the 1950's to nearly identical designs by many manufacturers. This one, a 0-4-0ST (meaning no forward unpowered wheels, four powered wheels, and no unpowered rear wheels, with ST standing for Saddle Tank), was built by Brush in Loughborough, Leicestershire in 1906. What is unusual about this Locomotive is that Brush are, and were during the Edwardian era, more famous for building electric locomotives - in 1904 they built two Electric Locomotives for the North Eastern Railway for use on the Tyne Quayside, and also made Electric Locomotives for export and other British companies. 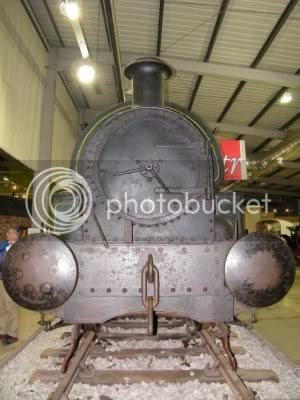 This Locomotive was built for work on Swansea Docks, and was fitted with a bell to warn people of it's presence. It was acquired by the Great Western Railway in 1924 who fitted their usual copper casing for the safety valve which can be seen on top of the water tank. In 1928 it was sold back into industrial use in Kent, and worked there until the 1960's when it was given to the Leicestershire Museums Service. It is now on display at the Snibston Discovery Park, and as can be seen, it is still in it's original paintwork 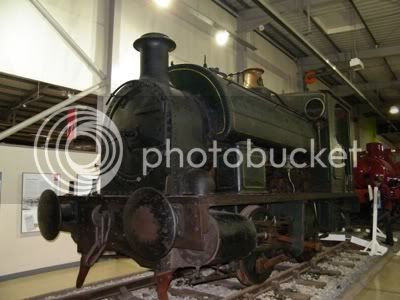