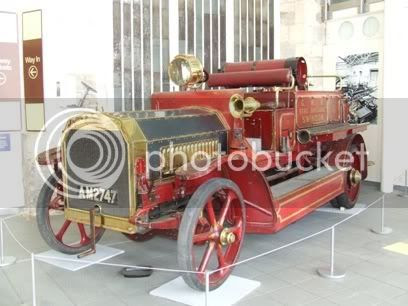 This Dennis fire engine, powered by a 60hp petrol engine, was bought by the Great Western Railway for use at their Works in Swindon, Wiltshire in 1912 to protect the GWR's vast workshops, factories and other property in the area against fire (Swindon went from a small town to a very large one thanks to the Great Western Railway creating it's headquarters and factories there). It was the main fire engine for the Swindon Works until 1942 when it was replaced by a new fire engine, again made by Dennis. It was later acquired by the National Railway Museum and was on display at their York museum for many years, however in 2008 the 1912 Dennis returned to its former home at Swindon and is now on display at STEAM, the museum of the Great Western Railway. For more information on the vehicle, and some period images, see this news article from December 29 2008 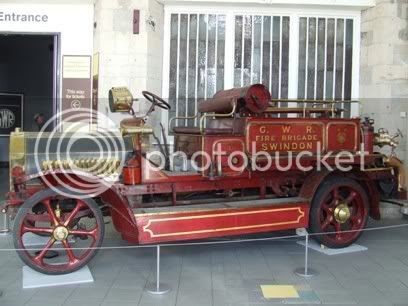