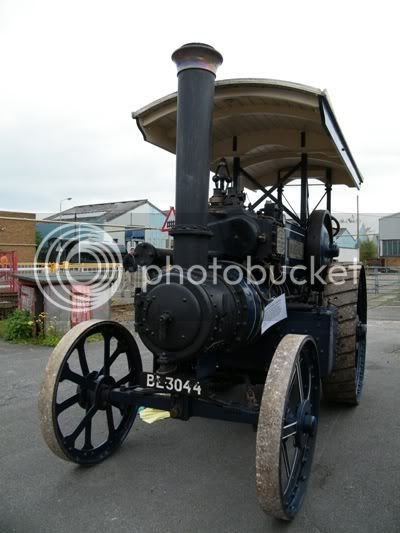 This small Traction Engine was built by Marshall & Co Ltd of Gainsborough, Lincolnshire in 1915. Traction engines are mainly associated with farm work or for use with circuses or steam rollers, and therefore as large machines, however as can be seen this Marshall is fairly small - it is a traction engine used for hauling trailers and also known as a road locomotive, the forerunner of the modern lorry, and were a common rode of self-propelled road transport in the late Victorian and Edwardian era. When built, this example worked for P&W Anderson of Glasgow, but in 1947 was preserved by a Mr Ian Fraser. He nicknamed the engine 'Jingling Geordie', and used it as most people use a motor car, driving it into town on errands etc. In 1976 it was donated to Leicestershire Museums, but unfortunately nowadays it isn't on public display - it was on a rare outing, on static display, at a transport event Snibston Discovery Park in May 2011 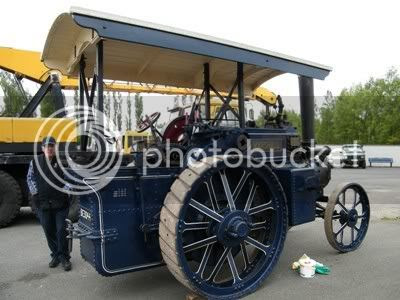