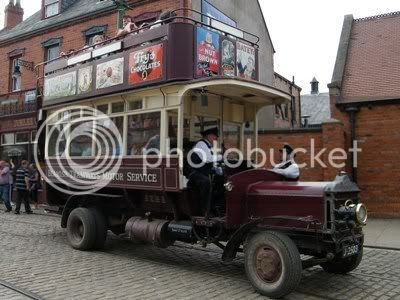 Often seen carrying passengers around at the Beamish Open Air Museum, this motor omnibus is a very accurate replica of a 1913 Daimler CC Motor Bus as used by the Northern General bus company. This replica was built in the 1980's based on drawings of the original vehicle. The only inaccuracy which shows that it is a replica is the more modern wheels and pneumatic tyres, a concession to comfort and also to avoid damage to the bus through frequent use (the bus frequently carries large numbers of passengers and Beamish has a lot of cobbles which would make it rather uncomfortable on solid tyres - accurate, but probably not appreciated by most of the passengers!), however when the replica was built it was fitted with metal spoked wheels and solid rubber tyres, which can be refitted if needed for filmwork etc. The accuracy even goes so far as the pedals - the accelerator is in the middle, between the clutch and brake, rather than on the right in the traditional position 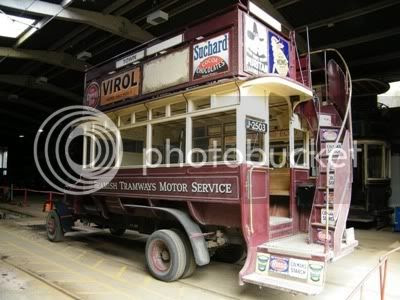 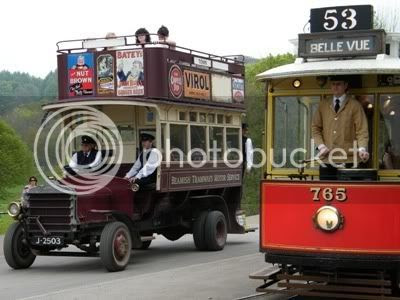