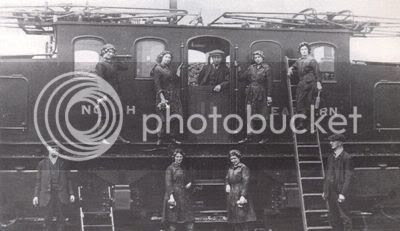 During the First World War, many women took on jobs to replace their male equivalents in the vital transport industry (amongst others, particularly munitions), to keep the country moving and allow men to join the armed forces. These female cleaners are seen in 1917 cleaning one of the North Eastern Railway's electric locomotives. The photograph is from the KL Taylor collection
Posted by Richard Hannay at 10:56