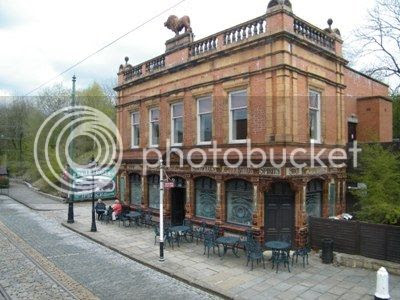 Rebuilt at the Crich Tramway Museum, Derbyshire, is The Red Lion, originally located in Stoke-on-Trent, Staffordshire. The Red Lion is a typical Edwardian pub/hotel, with the pub on the lower level and hotel above. The Red Lion existed since the early 19th century, however between 1900 and 1907 the facade was rebuilt to the very popular late Victorian/Edwardian style as seen here, made of Terracotta and Faience, with the rest of the building as brickwork. The very distinctive Terracotta frontage can be still be seen on Pubs around the UK, however many more were either demolished or rebuilt with a more modern frontage. 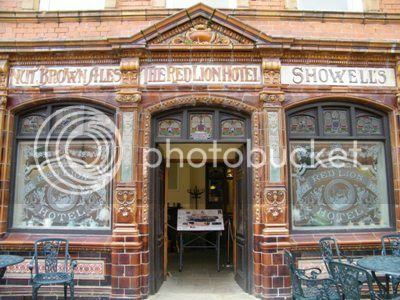 The Red Lion faced demolition in 1973 to make way for the A500 road, however it was dismantled, stored in a field, very slowly restored and cleaned brick by brick from 1986 by a Mr Soper, and in 1990 started to be rebuilt at the Tramway Museum, and reopened in 2001. Although the interior isn't completely period as it serves as a modern restaurant and pub for museum visitors (although unfortunately wasn't open when I visited), the frontage is a very fine example of an Edwardian pub 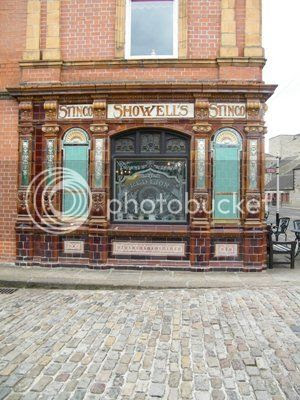 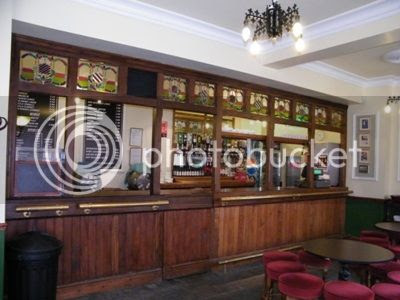