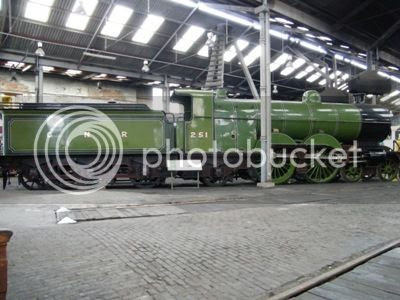 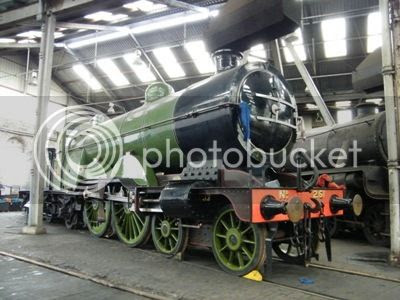 The Great Northern Railway, based in Doncaster and operating services along what is now known as the east coast main line from London Kings Cross Station, introduced the 'Atlantic' class Locomotive to Britain in the late 19th Century thanks to the Chief Locomotive Superintendent, Henry Alfred Ivatt. The 'Atlantic' consisted of the following wheel arrangement - 4 front, undriven wheels, four large powered wheels, and 2 trailing undriven wheels, known as 4-4-2. The purpose of the undriven wheels was to support the weight of the locomotive, and the extra two trailing wheels meant a larger, more powerful boiler could be fitted than that to the standard large passenger express design of 4-4-0. 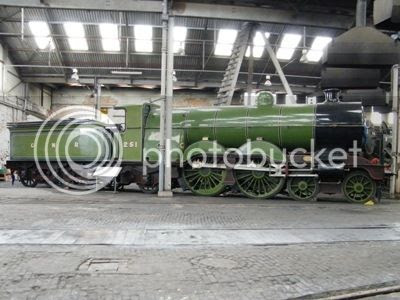 The Atlantic design was further improved by Ivatt in December 1902 by enlargening the boiler from a 4 ft 8 in diameter to 5 ft 6 in. These photographs show the first 'large' GNR Atlantic, 251, the first of 94 of this class of large boilered C1 Atlantics. Initially there were some teething troubles, but after these were solved they served succesfully hauling the heaviest passenger express trains on the Great Northern Railway, although they were mostly replaced by larger locomotives in the 1920's. They continued to serve on lighter express trains, with 17 of them entering British Railways service in 1948. 251 was earmarked for preservation, and was retired in 1950. It was restored into it's original Great Northern Railway livery, and is seen here at Barrow Hill Engine Shed near Chesterfield, Derbyshire in April 2012 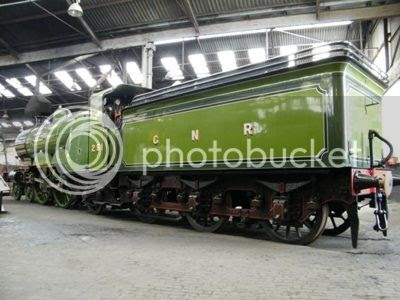