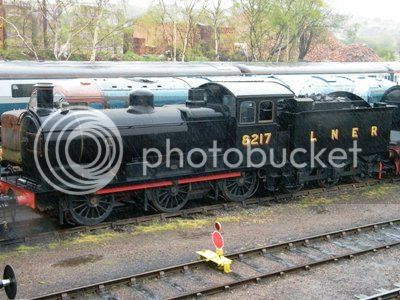 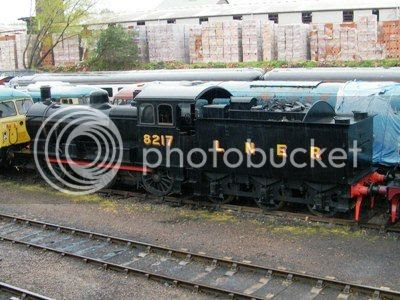 The G58 class of Goods locomotives were designed by James Holden for the Great Eastern Railway and introduced in 1905. The wheel arrangement is 0-6-0, meaning the only wheels for the locomotive are the six powered wheels coupled together, with a tender for water and coal behind. The 0-6-0 wheel arrangement was very popular for steam locomotives through most of the history of steam locomotives on British railways. They were similar to the earlier 1900 designed F48 class but had a superior Belpaire firebox, shown by the more square topped part of the boiler closest to the cab, and following the success of the G58 design, the 60 earlier built F48 class were rebuilt to G58 standard. As well as the 60 rebuilds, 30 newly built G58's were built, including this sole survivor, 1217, built in the first batch of G58's in 1905, which worked up until 1962 and then was preserved as part of the National Collection. It is preserved in the 1923 onwards livery of the London & North Eastern Railway with it's newer number of 8217. It is seen here on a very wet sunday at the Barrow Hill Engine Shed near Chesterfield, Derbyshire in April 2012 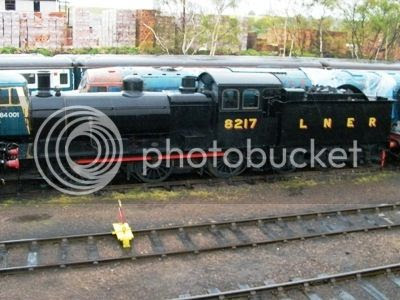