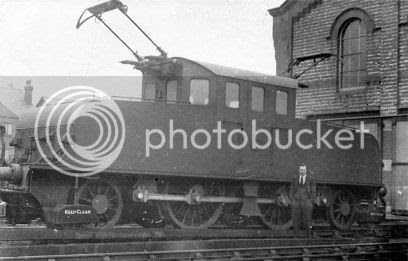 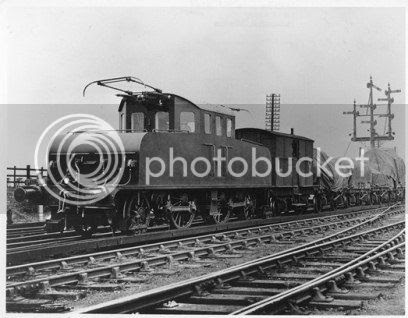 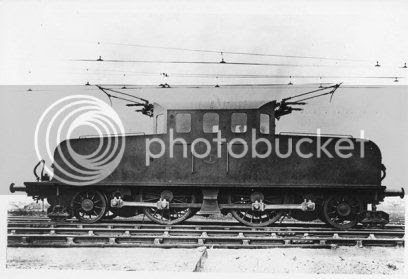 The steel body on top of the chassis has the driver's compartment in the centre similar to electric locomotives of the time, often known as the 'steeplecab', and can collect the electricity from shoes which pick up the current from a third, electrified, rail alongside the railway track, or from overhead wires. When it entered service, it did little work apart from trials and from 1914-18 was sheeted over and stored in the paint shop at the Lancashire & Yorkshire's Horwich works, but towards the end of 1918 was transferred to the Liverpool and Southport electrified line and used to haul freight. It was known to have poor riding qualities and on a few occasions had to be rescued by a steam locomotive when it broke down. No 1 was soon taken out of service and scrapped in 1922.

My thanks go to the Lancashire & Yorkshire Railway Society for letting me use these images, they have different images of this locomotive and other Edwardian railway images on their superb website;