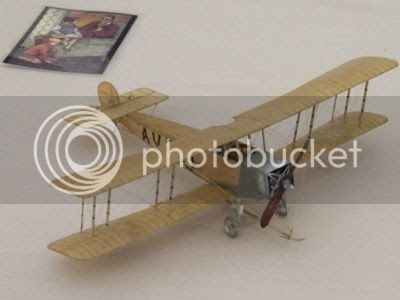 Designed for training and private flying, the first Avro 504 flew in September 1913, equipped with the popular 80hp Gnome rotary engine. It was a popular two seat aircraft, and some were bought by the Royal Flying Corps and Royal Naval Air Service and went with them to France in 1914 at the outbreak of war. After serving in the early months of the war, including involvement in the succesful raid on the Zeppelin works at Friedrichshafen, an important early blow to the Zeppelin fleet. It was soon obsolete for front line service and was then used for training, although in 1917 some were converted into night fighters for defence against the airship and aeroplane raids on the UK. In total, almost 9,000 were built, and this scale model depicts a very early Avro 504, as they would have appeared as built in 1913 and 1914 in civilian markings 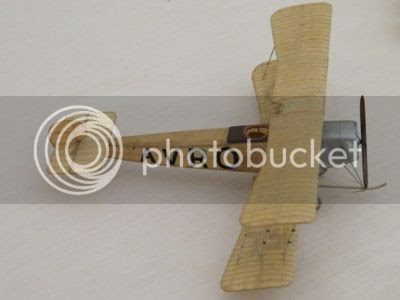