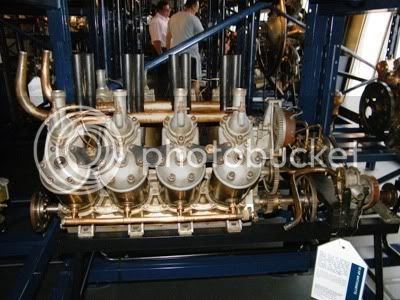 This is one of two Antoinette engines owned by the Royal Aircraft Factory, Farnborough, and is probably the one that was loaned to S.F. Cody and used by him in his British Army Aeroplane No 1 for the first succesful aeroplane flight in the UK on October 16 1908.

An Antoinette aero engine was also used when the first British military airship 'Nulli Secundus' made it's notable flight from Farnborough to London on October 5 1907. Antoinette also produced aircraft, such as this 1910 example i've posted about previously;

http://electric-edwardians.blogspot.com/2011/10/antoinette-monoplane-1910.html
Posted by Richard Hannay at 09:14