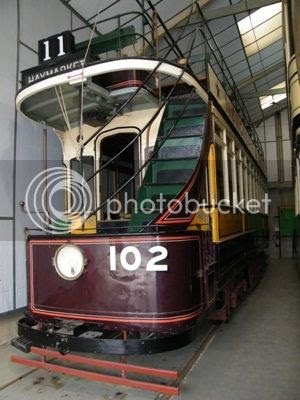 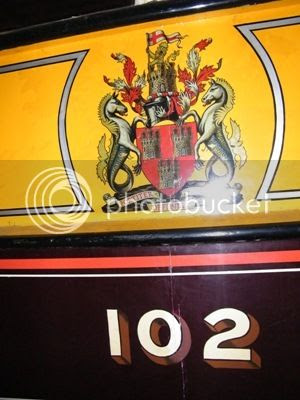 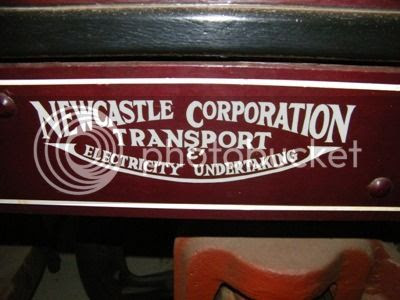 This large tram is a unique survivor of a workmen's tram car, built to carry large numbers of workmen in a single car, not as comfortable as a 'traditional' tram car but able to offer cheaper fares. Most trams of the era were built with four wheels, however to cope with the large capacity, Newcastle 102 was built with eight wheels, arranged in a pair of four wheeled bogies. Newcastle 102 was built as a single deck tram by Hurst Nelson of Motherwell near Glasgow, but was rebuilt in 1903 with an upper deck. The change from single deck to double deck to increase capacity accounts for the rather cramped platforms for the driver and conductor at each end, with a tighter staircase.

There is a similar looking, but shorter and four wheeled, Newcastle Tram of similar vintage surviving - Newcastle 114 of 1901 at Beamish - http://electric-edwardians.blogspot.co.uk/2011/12/newcastle-class-tram-114-1901.html 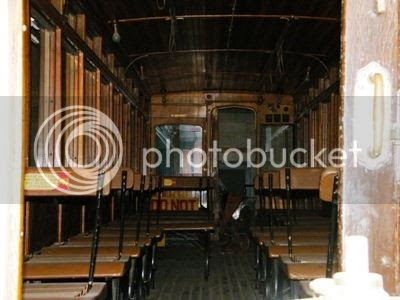 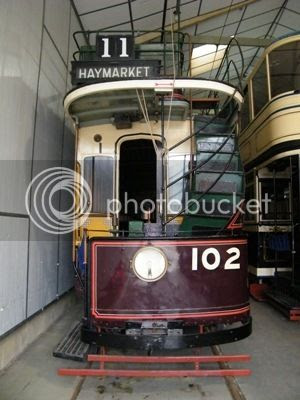