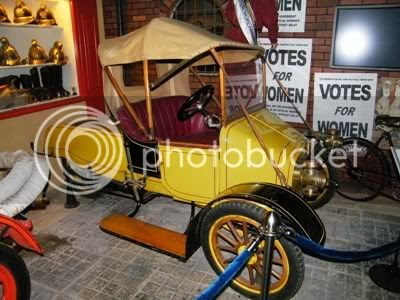 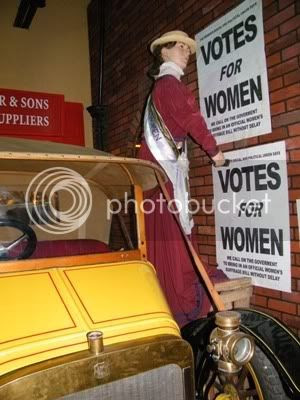 Now in the Coventry Transport Museum, a stones throw away from the location of where this car was built in 1912, this unusual early three wheeler was designed by JWF Crouch, an engineer who had been an apprentice with Daimler and a driver for Deasy before setting up his own company in 1911. It is a good example of the small, more economic motor cars that were more and more popular in the lead up to the First World War. Driven by an 8hp water cooled engine, which powers the single rear wheel by chain drive, these Crouch 'Carettes' were very reliable and competitive with other cars, and gave economy of up to 50 miles a gallon. This Crouch is shown as owned by a Suffragette who is using it as a way to get around town putting up posters 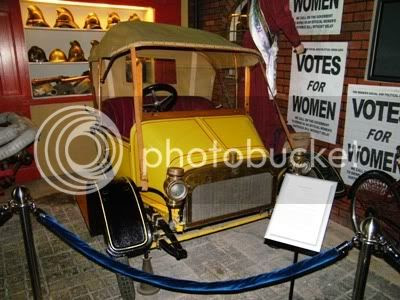