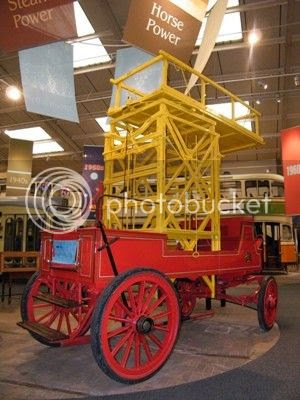 Although most tramways had moved to electric traction in the early 1900's, it didn't mean the complete end of horses employed on the tramways - the new elevated electric power lines meant that tower wagons such as this were needed to maintain and repair them. Some companies used motor wagons (such as Leicester which had Leyland's), and others had horse drawn tower wagons, such as this one used in Manchester and built in 1911. The platform at the top is on a turntable to improve access - in modern terms, the closest equivalent would be a cherry picker 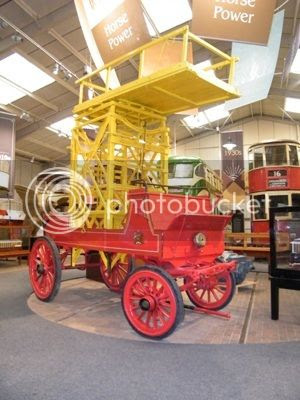