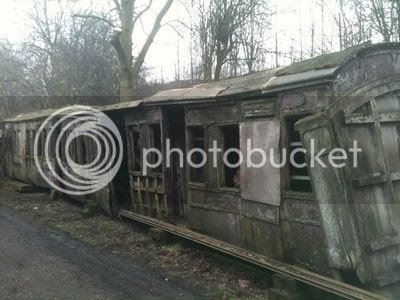 This is the wooden body of a unique Midland Railway Suburban 3rd class Carriage dating from 1914 - as the name implies, these were intended for suburban services, and only had 3rd class seating, which was the cheapest ticket available, and so was also the most common. This coach was number 851 when built at Derby Works, not far from where i'm sat writing this now, and is 48 feet long and built to Diagram 487. When the Midland Railway was amalgamated into the London Midland Scotland Railway in 1923, it continued in use, and was retired in 1947. 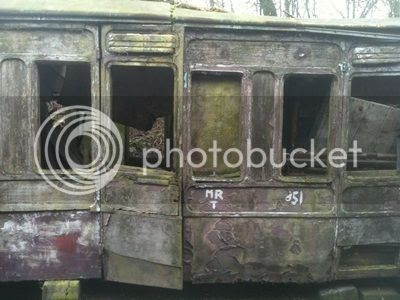 Unfortunately, despite being preserved by the Midland Railway Trust, it is stored outside at the Midland Railway Centre with a large number of other Victorian and Edwardian carriages, wagons and cranes and is unlikely to ever be restored - one historic Pullman coach dating from 1873 also left outside, with no plans of restoration, was destroyed by fire in a possible arson attack in March -  http://www.bbc.co.uk/news/uk-england-derbyshire-17509781
Posted by Richard Hannay at 10:00