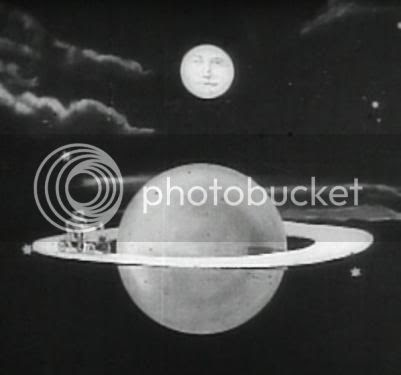 One of the most well known early films is this unpronouncable title 'The ? Motorist', made by RW Paul in 1906. It is also one of the earliest films to feature a motor car, in this case a Humberette, being central to the plot. 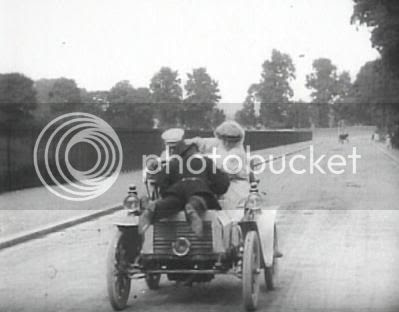 The film opens with a man and woman in the Humberette, with a policeman trying to wave the motorist down to stop, possibly for speeding. Instead of stopping, or taking any avoiding action, the motorist collides with the policeman, who at first ends up on the car's bonnet, where he is hit by the car's occupants, and then falls off and is run over by the vehicle. 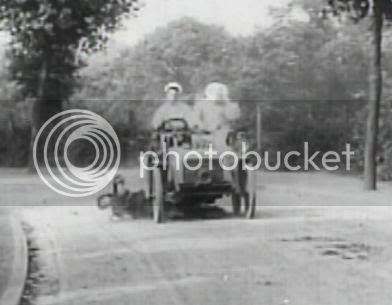 Despite appearing dead or at least seriously injured, the policeman gives chase. The car heads straight towards a building, which instead of crashing into, drives up the vertical side of, before heading through the sky into space, driving around the moon. 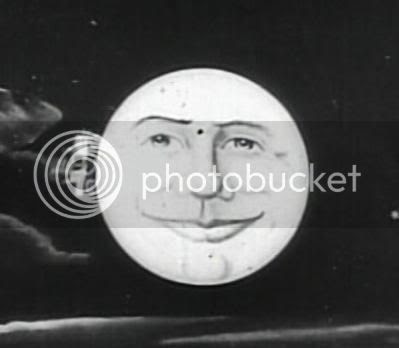 After driving around the moon, the car then heads further into space, and lands on the rings of Saturn, which it drives around as if they were a road, before falling off and back onto Planet Earth. It crashes through the roof of a courtroom, where a motorist is in a farcical setting, possibly being caught and innocently blamed for the running over of the policeman. The policeman in the court then chases the car, stopping it, however when he is on the verge of arresting the occupants, the car changes to a horse and cart, and the occupants change from being well dressed in modern clothes to more traditional farm worker style clothing. Stupefied, the policeman doesn't know what to do, while the horse and cart and occupants saunter away - when safely away from the policeman the horse and cart turns back into the Humberette and they get clean away! 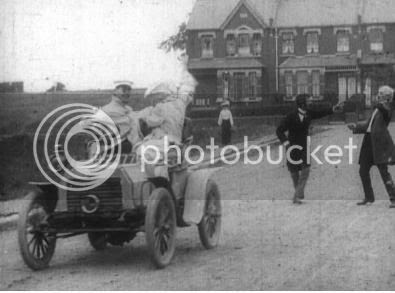