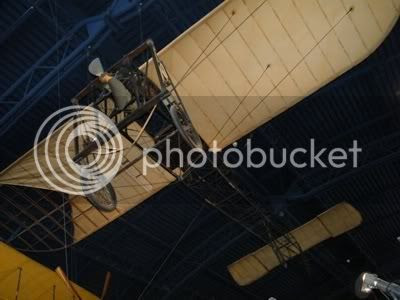 Looking very much like a Bleriot monoplane, this is in fact a British built copy, built by JA Prestwich in North London (builders of JAP motorcycle engines) for HJ Harding, a former motorcycle racer and the Paris representative of JAP engines. There were (unconfirmed) reports from a JAP worker that the aircraft was built using drawings stolen from the Bleriot factory, and possessed by Harding and some of his French associates. 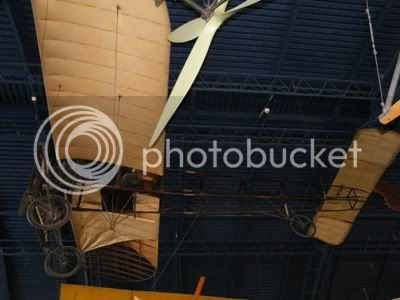 The aircraft was built to demonstrates JAP's eight cylinder aero engine which, along with a four cylinder version, was supplied to various British aircraft companies. It first flew in April 1910 at Lea Marshes, close to JAP's factory at Tottenham, and was then taken to France where Harding was awarded his French Aero Certificate using it, and then back to the UK and was flown at the Blackpool aviation meeting later in the year. After that it was stored in Tottenham until 1930 and is now on display with other early flying machines at the Science Museum, London
Posted by Richard Hannay at 11:35