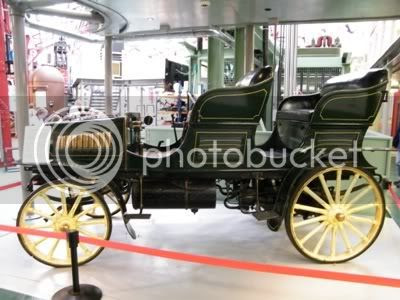 Produced by the Liquid Fuel Company (hence 'Lifu') at Cowes on the Isle of Wight, this steam powered car didn't use fire and coal like a steam locomotive and like the name 'steam car' implies, but instead used a paraffin fired boiler fitted under the bonnet instead of a traditional petrol or diesel internal combustion engine, which provides steam for a two cylinder engine. Compared to petrol powered cars of 1901, steam powered cars provided smoother and quieter running, however the Lifu was nowhere near as powerful as its American rivals (in the USA, the popularity of steam powered cars clung on a lot longer than in the UK). 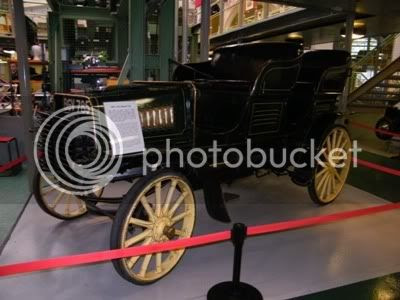 This 1901 built Lifu was taken off the road and preserved early in its life compared to many other cars owing to its low power to weight ratio, and it took part in the 1956 London to Brighton Veteran Car Run. It is now on display at the Enginuity centre, one of the Ironbridge Gorge attractions in Shropshire, UK
Posted by Richard Hannay at 22:04