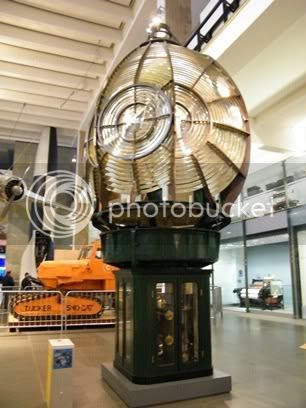 Since the 1780's there has been a Lighthouse on Scalpay to protect the Minch, the name given to the channel between the Isle of Lewis and the Scottish mainland. This equipment was fitted to the Lighthouse in 1907 by the Stevenson family, a four generation engineering family which included writer Robert Louis Stevenson, who managed engineering and design of Scottish lighthouses. The glass in this light weights three tons, and uses three panels of prisms to provide as much power and size as possible, focused using the Fresnel principle. 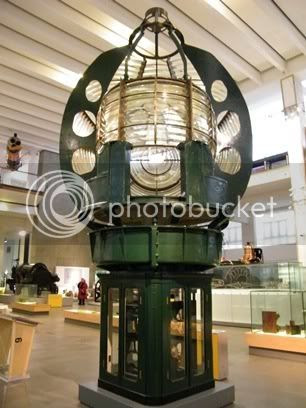