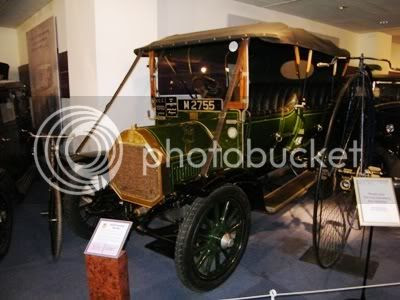 This five seat Humber Tourer is a good example of an Edwardian Tourer, the most common body fitted to Edwardian cars - large seats at the front and back with leather covered upholstery, and no solid roof, but instead a large canvas hood on wooden and/or metal frames that stretched from the back of the car to the windscreen at the front, sometimes overhanging the windscreen, to give rudimentary protection from the elements. Not only was this cheaper than a proper body, it also saved on weight, and meant you were more visible to others - you had to be well off to buy a car in the Edwardian era, so once you'd spent such a large amount of money on a motor car, wouldn't you want everyone to see you in it? 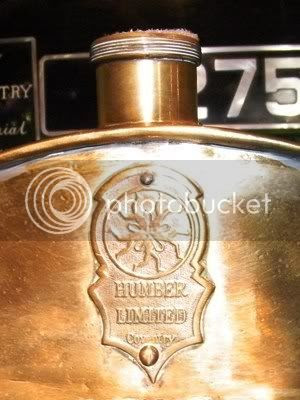 The wheels on this Humber are fitted with quick-detachable hubs, officially called 'Humber Detachable Wheels', a feature Humber was proud of in a time when punctures and other damage requiring change of tyres and/or wheels were commonplace. The 1910 Humber sales brochure describes how they work;

'Jack up the car, unscrew the caps, pull of the wheel, push up the spare one,
screw up the cap, lower car off the jacks and the operation is complete. This
work can be done in three minutes from when the car stops till under way again'