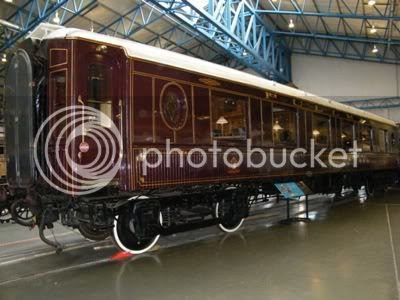 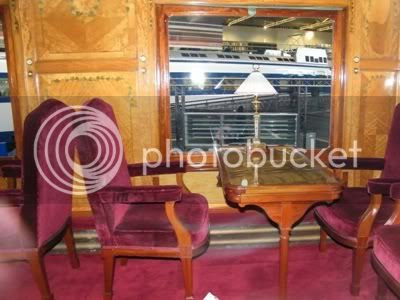 This is 'Topaz', a 1913 built Pullman railway carriage, built in Birmingham. Pullman's were a very luxurious form of railway travel, offering a higher standard of comfort and service than even the First Class product offered by the railway companies. Pullman services were operated over various railway lines, with the Pullman company entering into contracts with the owning railway company who would provide running rights and a locomotive to haul the train. 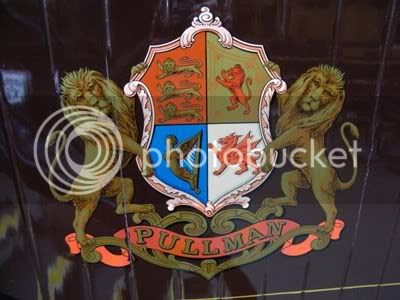 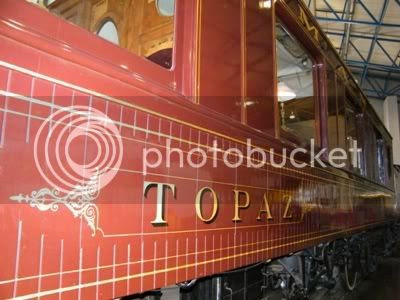 The London, Brighton & South Coast Railway was the first company to run entire Pullman trains over it's system, in the late 19th Century, This particular carriage, 'Topaz' (all Pullman carriages were named - naming of railway rolling stock was usually only reserved for passenger locomotives, and usually large express ones at that) was used on the Boat Train route operated by the South Eastern & Chatham Railway, where the train would carry passengers from London to Dover, where there would be the rude interruption of a ferry journey, then back on a Pullman service in France for onward travel to Paris. Entering service in 1913, 'Topaz' wasn't retired until 1961, and is now in the National Railway Museum, York, attached to a typical Edwardian express passenger steam locomotive that would have hauled it originally 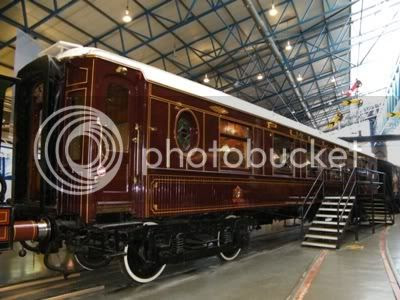