Produced by James Williamson, a prolific early British film producer based in Hove, Sussex. In 1905 he released this comedy titled 'An Interesting Story', in which a young man is so engrossed in the book he is reading that he gets into a number of mishaps. The film starts with him at breakfast, and whilst reading the book pours his coffee and milk into his hat, and shoves a fork into a loaf of bread. Leaving the house he bumps into people, animals and a skipping rope, before walking down the road with a Steamroller coming the other way. What happens next is illustrated below - if it's not too clear in the photos, after he is flattened two cyclists come along, and un-flatten him with their bicycle pumps. Shaking their hands, and picking up his hat and book again, he continues on his way as if nothing had happened, much to the amusement of the cyclists! 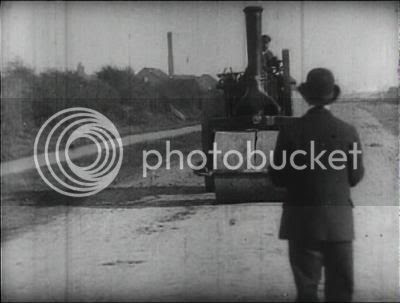 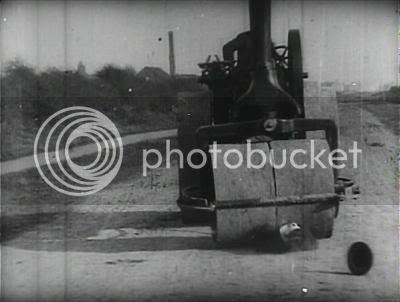 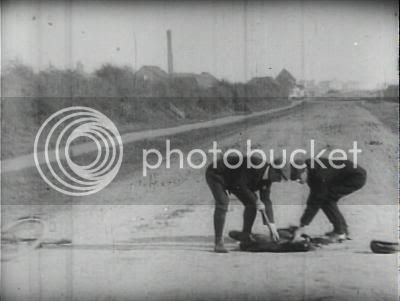 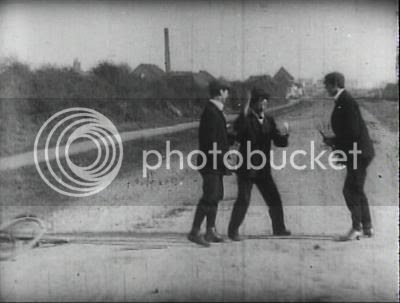 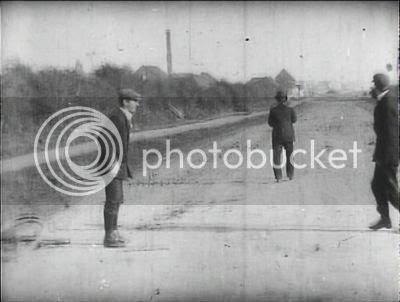