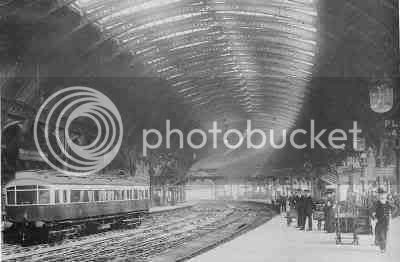 In the early 20th century, many Railway companies were experimenting and using electric traction for locomotives and urban passenger trains, where the fast acceleration was perfect for lines with lots of stops within a short distance. The North Eastern Railway in particular was a wide user of electric traction - in 1904, following competition from the newly opened Electric Tramway which took a lot of passenger traffic away, they introduced electric passenger trains on the thirty mile long 'Tyneside loop' railway operating between Newcastle and Tynemouth. In 1905 two electric locomotives were used on a 3/4 quarter mile long railway in the Tyneside docks area and were in use for just under sixty years. Ten more powerful electric locomotives were built betwen 1914 and 1919 to haul coal trains from Shildon to Middlesbrough, and a single large electric express locomotive was built in 1922 to operated main line passenger expresses, although the amalgamation of the North Eastern Railway with other companies brought an end to this idea. 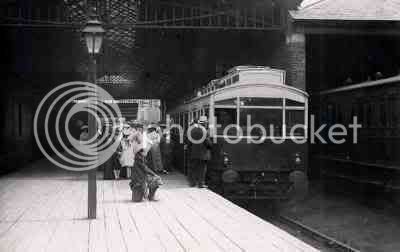 Although these were all highly advanced when steam locomotives were still to be in mainline use in the UK until 1968, the main reason they didn't catch on until after the Second World War was due to the expensive infrastructure which had to be built for them all, either using overhead catenary lines, or a 'third rail', an electrified rail which the locomotives or trains picked up electricity from with using a metal 'shoe' (as is used on some UK lines, such as the London Underground). As an experiment to utilise electric traction but avoid expensive infrastructure costs, in 1903 the North Eastern Railway built two Petrol Electric Autocars - a carriage, powered by a petrol and electricity. A petrol engine drove a dynamo which produced the electricity to power the motors which drove the Autocar. They were used in various parts of North East England, but in the 1920's they were little used, and one was withdrawn in 1930 and the other in 1931. 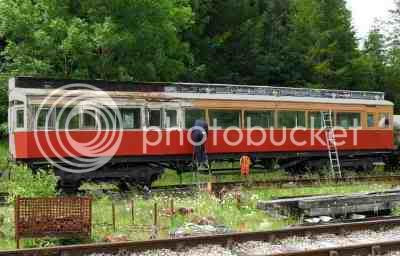 Autocar 3170 at the start of restoration, photograph courtesy of 1903 NER Autocar Trust

The body of Autocar 3170 was sold to a landowner in North Yorkshire and used a holiday home, as many old carriages were, and fortunately was bought by Stephen Middleton a carriage restorer when it fell into disrepair. This unique survivor, the forerunner of the trains of today, is now being restored to running condition by the NER Petrol Electric Autocar Trust. It will be restored into original condition and will be a fantastic Electric Edwardian railway vehicle for the public to ride on. For more information on the trust, and the chance to join as a member and support them in this very interesting restoration project, please visit http://www.electricautocar.co.uk
Posted by Richard Hannay at 16:29